Obesity in Indonesia, a decade of weight gain

The prevalence of obesity increases in Asian developing nations such as Indonesia. In 2018, the Indonesian Ministry of Health conducted a nationwide survey across 34 provinces. This report shows that the current prevalence of overweight and obesity in Indonesia is roughly 35%, reaching an all-time high since its declaration of independence in 1945. However, it is interesting to see that there is a huge disparity in obesity prevalence across nations. In the well-developed areas such as Jakarta and North Sumatera, the prevalence of obesity was around 30% but in the less developed areas such as East and West Nusa Tenggara, the prevalence only 10%. Some contributing factors such as diet, physical activity, culture, and genetic diversity might influence these differences. Nevertheless, in the era of Nationwide Insurance System (BPJS), efforts to tackle the rising prevalence of obesity are becoming more crucial because obesity is closely link with chronic diseases which are relatively high in cost. (Harry/Gizi) 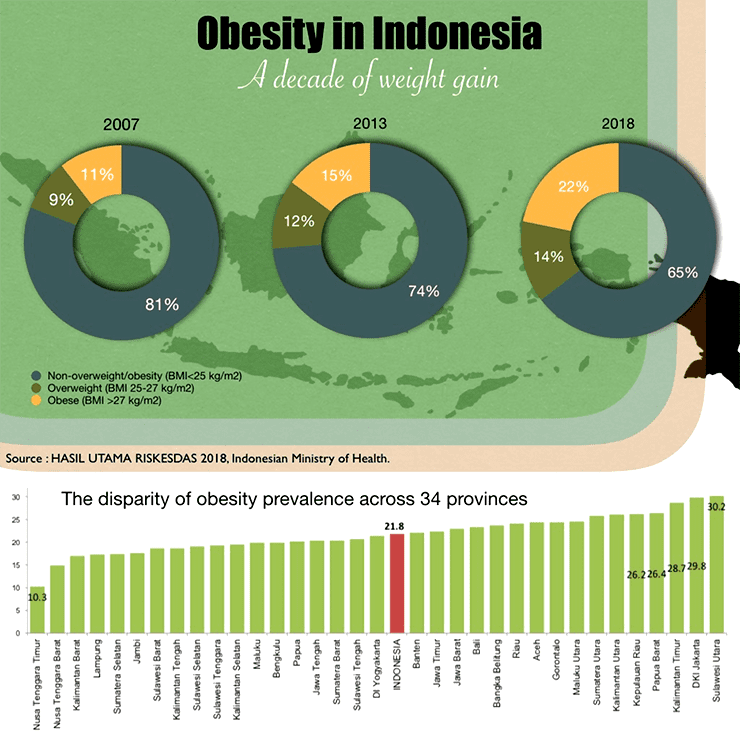